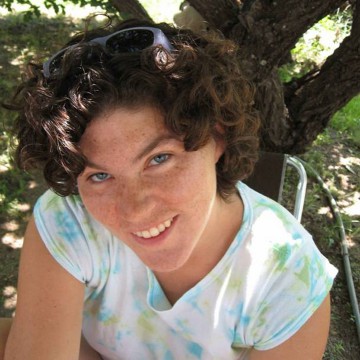 Company founder and managing member Izetta Chambers is the driving force behind Naknek Family Fisheries. She organized the LLC in October 2006 and has been managing it seasonally since that time. Izetta is a graduate of the University of Arizona College of Law, where she earned her Juris Doctorate in 2008. Izetta served as the MAP Agent/Assistant Professor for the Marine Advisory Program, an extension partnership between the University of Alaska Fairbanks and Alaska Sea Grant program from August 2009 until June 2013.  A serial entrepreneur, Izetta competed in a business plan competition in 2009 and won initial seed funds for her fish composting project, Alaska Bounty.  This project has been improving the soil conditions at small farm site, and has been serving as a community garden for several years.

Izetta (a.k.a. “the fish lady”) has participated in the Bristol Bay fishery since the age of 9 years old, when she began setnet salmon fishing with her brother, Everett Thompson in Egegik, Alaska.

Izetta hopes to expand business opportunities for people, especially other fishing families who desire to add value to their catch. She can be reached at izetta@naknekfish.com. If you are interested in direct marketing of your fisheries product, please visit her fish business wiki site. Izetta can help you navigate the licensing and permitting process of seafood marketing and processing.  She has helped a number of Alaska fishermen to start achieving more independence through direct marketing.  You can also follow Izetta on twitter.  She frequently posts to her blog, Bristol Bay Fish Talk on issues pertaining to trends, developments and opportunities in the Bristol Bay fishery. 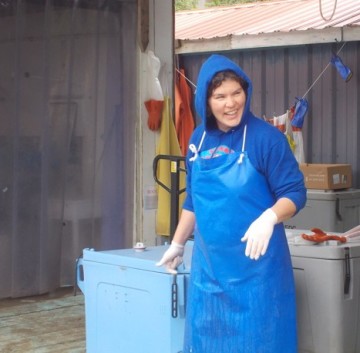